SOMERVILLE (WABC) -- More than 100 residents of a New Jersey senior center are displaced after a fire forced them to evacuate the building late Wednesday.

The fire started in a third-floor apartment at the Somerville Senior Citizens Housing complex on Mountain Avenue around 10 p.m.

The flames didn't spread beyond that apartment and no one was hurt, but officials say the nine-story building has significant water damage from the sprinkler system.

That caused problems for the power and prompted a full evacuation.

No injuries were reported.

The Red Cross is also working with several residents to make sure they have somewhere to stay until the building is safe to re-enter. 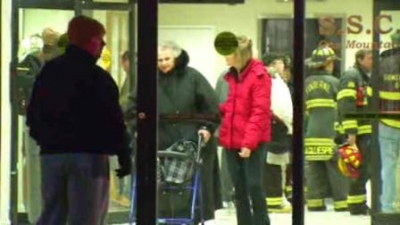