Freeholder Patricia Walsh, who has worked as a critical-care nurse for many years, commended the volunteers on their dedication and life-saving efforts during what is known as the “golden hour” after a patient first becomes ill or injured.

Citations were presented at the Board of Freeholders’ Oct. 28 meeting for the following individuals who have devoted 25 or more years of service to their local squad: 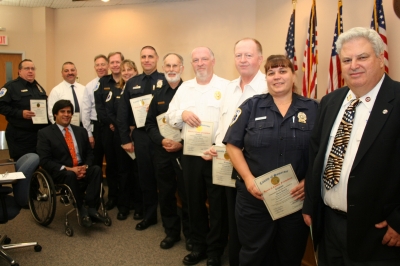 Somerset County Freeholder Director Patrick Scaglione (front) presented citations to EMS volunteers with 25 or more years of volunteer service. Pictured with him, (from left), are Kevin Caropreso, Hillsborough; Michael Halperin, Green Knoll; Paul Malarche
×
1 of 32 of 33 of 3
43 entries in the News
Night Out Against Crime set for Aug. 2 in Somerville 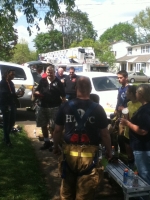