DUNELLEN The cause of a Thursday afternoon fire that badly damaged two structures on North Avenue is unknown.

The fire, reported shortly before 3:30 p.m., involved one building that housed Frank and Sons barber shop on the first floor and apartments on the second floor, and an adjacent home between Madison Avenue and Pulaski Street.

No injuries were reported.

The fire was knocked down in about an hour, but firefighters remained on the scene until the early evening to hose down any hot spots.

A portable fan was set up to cool firefighters, who battled the blaze on the hot afternoon when the temperature neared 90 degrees.

The fire forced the closure of Route 28 (North Avenue) between Madison Avenue and Warrenville Road in Middlesex Borough, tying up rush-hour traffic and the side streets of Dunellen. 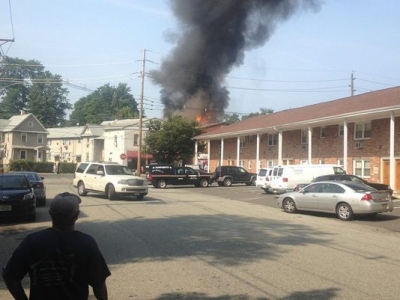 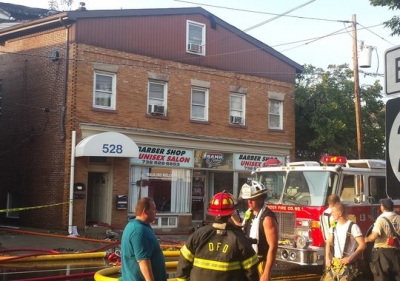