HILLSBOROUGH - Firefighters responded to a fire inside Pretium Packaging located off Roycefield Road on Monday.

According to police, an oil line for a bottle capping machine had broken. The leaking oil then caught fire, which was quickly contained and extinguished.

All of the oil that was leaked from the machine was quickly contained and poses no threat to ground water or the environment, police said.

While there was significant smoke and water damage to the building, it was not condemned or deemed uninhabitable. The fire, which is not believed to be suspicious, is being investigated by township police along with the township Fire Safety Bureau.

Pretium Packaging operates a subsidiary, Tri-Delta Plastics, Inc., at the location, according to Bloomberg, designing and making plastics for the packaging industry, including bottles and caps.

The fire was about a half-mile from the site of a massive blaze that destroyed two, 240,000-square-foot warehouses in March. 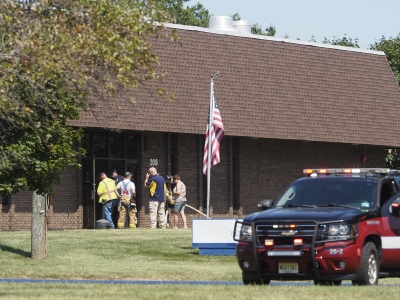 SOMERVILLE – A multi-alarm fire Friday morning severely damaged an unoccupied building in the Somerville Parc Apartments complex on James Street.The fire appeared to have started in the attic of the four-story building off Fairview Avenue next to the NJ Transit railroad tracks.About ...
➜
Somerville begins planning for new emergency services headquarters

SOMERVILLE – The borough's emergency responders have begun the planning process for the long-awaited emergency services complex on Gaston Avenue.In late February and early March, representatives of the organizations attended a pair of two-day workshops to give input on what they wa...
➜
Bridgewater-Raritan High School: Odor in cafeteria may have been caused by pepper spray

BRIDGEWATER - Township police are investigating the source of an odor that forced the evacuation of the cafeteria at Bridgewater-Raritan High School before noon on FridayPolice say they were dispatched to the main cafeteria for an unknown odor at about 11:45 a.m.
➜
Somerville St Patrick's Day Parade 2019 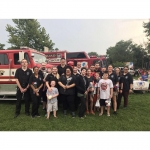 Somerville Rescue Squad along with many other agencies responded to assist in removing a trapped victim from a trench on Bound Brook.
StopTheBleed Bleeding Control Class in Our Schools Part 2

Somerville Rescue Squad members provided a bleeding control course for the staff of the Immaculate Conception School.The school was also given a bleeding control kit to be kept in the event of a bleeding emergency courtesy of the rescue squad.If you are interested in donating to assist in the cost...
➜
StopTheBleed Bleeding Control Class in Our Schools Part 1

Somerville Rescue Squad members provided a bleeding control course for the staff of the Somerville Public Schools.Each school was also given a bleeding control kit to be kept in the event of a bleeding emergency.Additional classes are scheduled for the Immaculate conception schools as well.If you ...
➜
2018 Polar Bear Plunge

Several Squad members participated in this years 2018 Polar Bear Plunge. Thanks to all for your donation to the Special Olympics.
Raritan Santa Visit 2017 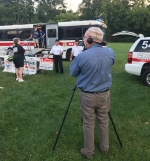 The Cadet Corps took a trip to the Mutter Museum in Philadelphia to explore and expand their knowledge of medicine throughout history. There were tons fascinating exhibits depicting many of medical procedures dating back to medieval times to now, medical mysteries, disease progression and much much ...
➜
Firefighters extinguish blaze inside plastic plant

The Somerville Rescue Squad visited one of our local daycare's, The Good Shepard Christian Daycare and Preschool and provided a demonstration and tour of the ambulances.
Mass casualty drill planned for Saturday in Somerville
A mass casualty drill is being held from noon to 4 p.m. Saturday at the Steeplechase Cancer Center located on the corner of East Main Street and Rehill Avenue, the borough's Office of Emergency Management announced Friday.The drill is being done by the Somerville Rescue Squad, along with Robert ...
➜
1 of 32 of 33 of 3
43 entries in the News
Picture gallery 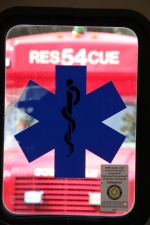 YourFirstDue.com
Websites for Fire and EMS
© 2022 The First Aid and Rescue Squad of Somerville NJ Inc.